Camerata Behind the Scenes: In the Green Room 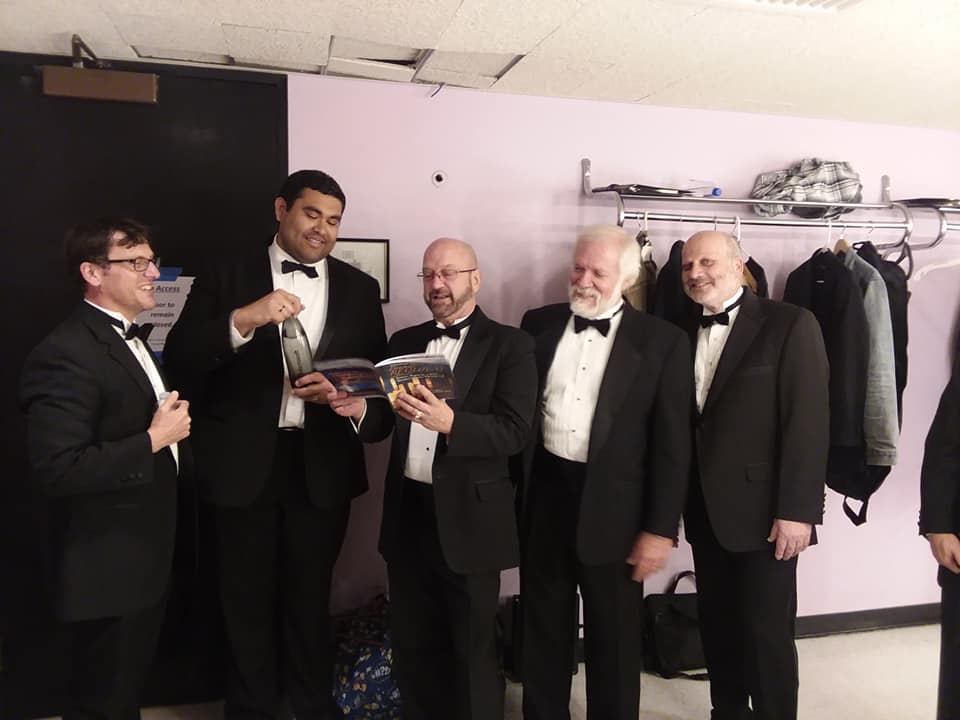 For anyone who has attended a Camerata concert, you know that the choir members don’t just loiter around the lobby and concert hall waiting for Dr. Bass to beckon them to their places. Nary a tuxedo nor black dress should be seen anywhere before the concert begins. So, where are those invisible singers lurking as you look for your seat?

There is a very secret, special and (usually) deep underground space, not unlike a bunker of sorts, known as “The Green Room” where the performers are allowed to loiter before the concert begins. Allow me to give you a behind the scenes look at the glamor of the Green Room.

What you think a Green Room is…

The term “Green Room” conjures up images of lushly decorated salons with great lighting, perhaps a reproduction of some Raphaelite painter with a cupid playing a lute, a redundancy of mirrors, comfy overstuffed couches, and the ever important “facilities” being not only functional, but elegant and in great number.

Let me burst your bubble of champagne wishes and caviar dreams. Each concert hall has a different style of Green Room, some of which are actually painted red and are not rooms at all but hallways.  Green Rooms are rarely accommodations that would be featured in the semi-annual publication of this totally fake magazine “The Great Concert Halls: A Performer’s View”. Yes, the term “room” gets tossed around a little too glibly for me, but every Green Room has the same purpose: corralling the performers in a safe place where they can rest or pace before the concert.

The Reality of Green Rooms

The Tangled Origin Stories for the Term ‘Green Room’, an article which begs many questions about how tangled and dramatic Green Room history really is, states:

“Two historic London theatres, Blackfriars Theatre and the Cockpit-at-Court, are said to have had the first “green” rooms backstage. The stage itself, in 19th century Cockney rhyming slang, was referred to as the “greengage,” which would have meant the room just off the stage was the “greengage room,” or the “Green Room.”

Well, that’s boring. Where’s the drama and tangeldness of this tale?

But wait! There’s more! “Many of the theories about the origins of the term “Green Room” have to do with actors, and there is a story that specifically has to do with their interactions with the walls (Author’s emphasis and note: Singers don’t have a great deal of interactions with walls, so this obviously refers to theater folk.) Sometimes they (the actors, not singers) would get fake blood on the walls, and the fake blood didn’t show up as much on green painted walls as it did on white painted walls.” Well, that just seems like a great reason to call it a Green Room.

The All Too Familiar “Blank Slate” Green Room without fake blood on walls.

Mercifully most of the time the Camerata Singers are not involved with fake blood and rarely get anything more exciting that a Starbucks on the walls. We are also very good about cleaning up after ourselves.

All “history” aside, being in the Green Room all together right before the concert begins is one of our favorite times. We’re all excited and anticipating our performance, with the added luxury of time to get to talk to one another. We get to have long conversations, share stories about past performances, concert faux pas, and inevitably, we end up talking about concert dress. And that topic, my friends, deserves its own post.

Our Green Room in the O’Neill Theater is PINK! Lookin’ sharp, Tenors!

Whatever our next season ends up looking like, we hope you will continue to support Long Beach’s premier choral organization. Hopefully, we’ll all be able to return to our concert halls and Green Rooms very soon. Our hearts and voices all need to be together.

Pre-Concert silliness. Altos are weird. And wonderful. Thanks to Sarah Len for ALWAYS capturing a part of backstage. 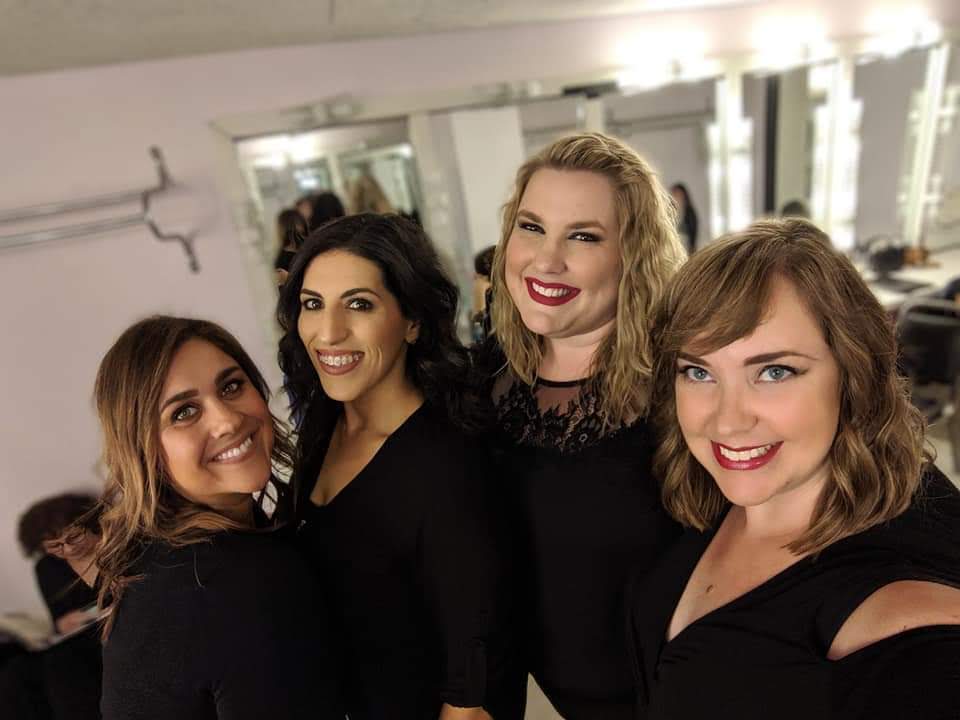